Day In The Sun – Album Review 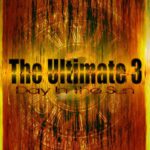 by Mike Pleune,
Portland, OR

I thought I’d write an early review for this band before they officially release a hit, before they launch a major tour, and before they make it big.   The album, Day In The Sun, was released in early 2014. They didn’t tour the album nor put much promotional effort into their debut at all, but that didn’t halt the buzz it created from independent music distributers such as CD Baby and Reverb Nation, to name a few.  Within a few months the 13 song album penetrated the white noise of online music and made it into mainstream radio play.  The 10th song on the album titled “Sorry” was picked up by the UK Station 97.4 Rock (Preston, Lancashire).  Within a few weeks it was in heavy rotation across the country on stations like Northsound (Aberdeen) and Viking FM (Yorkshire, Lincolnshire).  The idea that an album released by a little known band from Grand Rapids, MI can cut through the saturated swamp of independent music and make it’s way into the mainstream without a record label, without monetary promotion, without a manager or rep, and without a music business connection was enough to draw my attention.   And wow, was I glad I took the time to write this!

The Pros of this album:  The Ultimate 3’s sound is a mesmerizing blend of acoustic and electric guitars.  It drives like a rock album with electric guitar tones reminiscent of early Pearl Jam or Alice In Chains but has a rhythmic backbone of acoustic guitars that delivers a feel I’ve never heard before.  The drums are simple and void of complicated fills but hit as hard as any I’ve heard.  The bass guitar is clearly a sub-toned 6 string and drives the music from the sonic depths.  The album is broken up with some incredible acoustic tracks which balance the record and the harmony work sprinkled through the album will leave you wanting more.

Here’s the track listing from the album:

A few of the highlights:

“Sorry” – The “Anthem of Regret.”  Kuiper vocals in this song along with an erie guitar tone create a remorseful feel that is nothing short of hypnotic.

“Day In The Sun” – This song hit me in the face right through to the back of my head.  The rhythm and tones are indicative of the Ultimate 3 sound, a unique blend of electric and acoustic guitars.  This song rocks.  But be careful, it will stick with you!

Rock fans are going to be pleased with this album.  I think it’s one if the best releases in some time.