Radio Play In The U.K.

The first release from the album “Day In The Sun” is a single called “I’m Sorry.”  I’m Sorry was released in the U.K. this fall and met with an overwhelming response!  The song has been in heavy rotation on radio stations throughout the fall and is driving our efforts for a UK tour in 2017.  The band would like to thank our supporters and sponsors of our first single release and a thank you to the following stations:

The band is not resting on any success.  We are in the studio again working on a new single for the next album.  We have several small concerts planned for the West Michigan area as we gear up for a large tour in 2017.  The band plans to have two additional singles released prior to the 2017 tour. 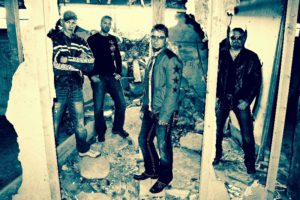